The fact that the Amazon Kindle per se exists, has attracted a copious amount of comparisons to the now unveiled Apple iPad. The Kindle of course, is a (reportedly, I don’t own one) great e-book reader and Sudoku console. One should be comparing apples to apples, since comparing these two devices is like comparing a Nokia 5110, with an iPhone (ok bigots, or with a NexusOne), simply different times, different action scenarios. 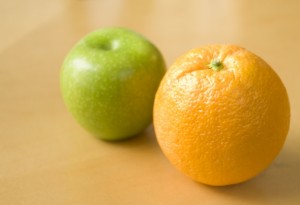 I read here or there a tweet from someone saying that given that the iPad is 2x as much as the Kindle, they would be getting a Kindle instead. Of course, this is a big pile of stupidity. First off, let’s make clear that the iPad, besides from all of the hype created around it, is much more than just an electronic paper display. Let’s compare both devices when I can watch the entire second season of True Blood on the Kindle, seriously. Or let’s compare it when you can browse your music library and listen to it while you’re replying to your job’s email conversations on why Bill, your co-worker on the next cubicle, should throw away his rotten food from the fridge. Or let’s just compare the lack of free browsing and/or Wi-Fi connectivity from one of both. Come on.

In spite of the fact that Apple could have made the world go insane by reducing the iPad price by a hundred bucks more, comparing sale prices for the Kindle and the iPad is purely wrong, let’s be clear here. But then again, it’s just because of the fact that Amazon made a good and popular e-book reader first and started making it successful, why there’s such wrong feelings and thoughts about the usefulness of a single feature on Jobs’ second coming of Jesus Christ.

But if you still try to compare both, the Kindle will fail miserably. And Amazon could profit from that actually, they can assume their own niche of market and reduce the price to something that would make sense for people to carry such a device instead of the good old book/newspaper commute carrying. Otherwise, it’ll leave it as a shitty alternative to the stunning unaffordable Ferrari next door.